Diversification in a crypto portfolio, is one of the best reasons for investors to look at different altcoins. Here are seven Altcoins pay attention .

During this bear market, cryptocurrency has lost a lot of value. As of June 15, Bitcoin (BTC), the most popular and first cryptocurrency based on blockchain technology, is down more than 62% for the year. Alexander Lutskevych, who started and runs the cryptocurrency exchange CEX.IO, says he is "100% sure that cryptocurrency is here to stay." Bitcoin has a price and circulation advantage because it was the first one. But Lutskevych says that projects with altcoins, which are cryptocurrencies other than Bitcoin, are where the real innovation in blockchain and crypto is happening. 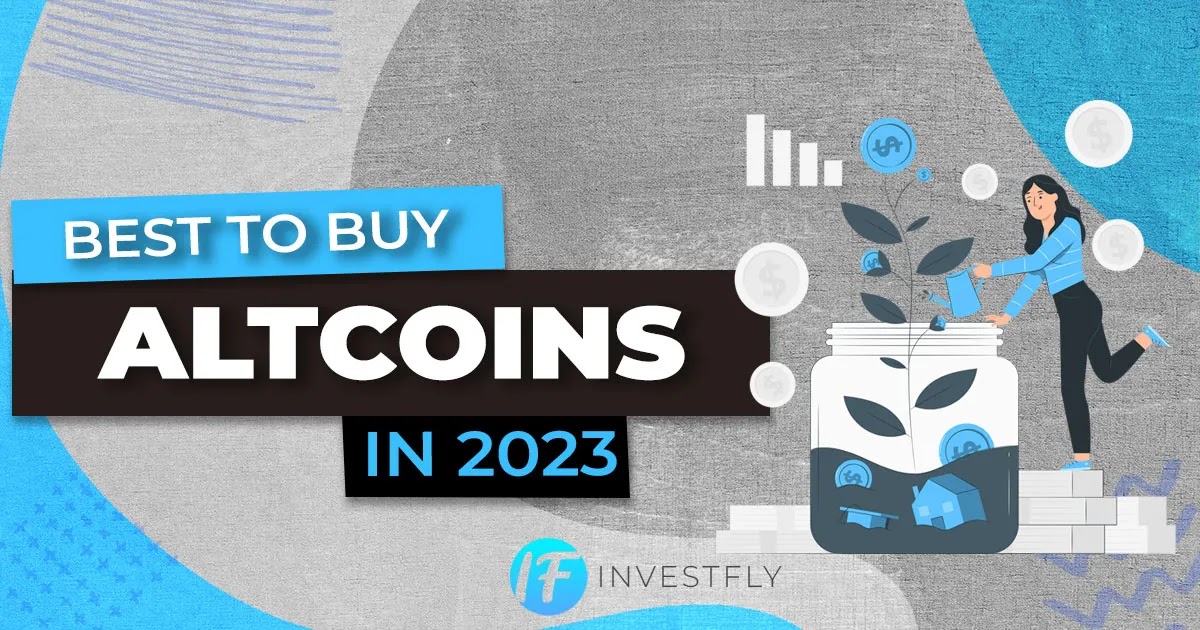 Diversification in a crypto portfolio, is one of the best reasons for investors to look at different altcoins. Here are seven alternative coins that investors should pay attention to.

Because of its tremendous upside potential, Ethereum is undoubtedly the greatest cryptocurrency to purchase right now. It is now the biggest smart contract platform, as well as the home of most Defi, dApps, metaverse, and Web3 projects. These have resulted in significant use cases for ETH tokens, helping to propel their price up by more than 1.6 million percent at its peak in late 2021.

Moving ahead, we anticipate that even more on- and off-chain businesses will continue to collaborate and grow on the Ethereum network. The Ethereum 2.0 update will increase network performance and curb the creation of new ETH coins, reducing supply in the face of rising demand. These factors, together with a rebounding market, are projected to propel ETH values to unprecedented heights.

Some optimistic observers believe that by 2030, Ethereum will have surpassed Bitcoin as the most valued cryptocurrency. That single ETH token has the potential to surpass $100,000 by the end of the decade. Ethereum has a wider ecosystem than Bitcoin and is more helpful than the original cryptocurrency. The prospect of breaching beyond $10,000 and surpassing BTC, on the other hand, makes Ethereum the ideal cryptocurrency to purchase now.

Tamadoge (TAMA) - One of the Most Profitable Altcoins

Tamadoge is a digital meme coin that enables gamers to earn points by breeding, training, and battling small NFT creatures. Each month, the player with the highest points at the top of the leaderboard wins the claim to the Dogepool prize.

This meme coin project is fantastic since it is a fun game that appeals to everyone, regardless of their interest in the cryptocurrency business. To begin, players must purchase an NFT from the Tamadoge Store. Each NFT has a 3D animated model that allows gamers to utilize their pets as avatars in other metaverses. This implies that NFTs are very inventive and interoperable.

The cash earned by players each month is produced via sales in the Tamadoge Store :

Tamadoge's road map is quite fascinating. After the pets are released in Q4 2022, the team plans to form a slew of metaverse alliances. The company then plans to deploy the Tamadoge P2E arcade in Q3 2023, with an augmented reality app following in Q4 2023. Overall, Tamadoge is an excellent chance to invest in an original meme currency with significant potential.

Shiba Inu became a household brand in the crypto-verse when its value increased by more than 5 million percent in early 2021. It has now gained a cult-like following and formed one of the most lively crypto communities on social media.

These have helped to publicize the meme coin, maintain it on an upward trend, and retain it as the second most valuable joke money. This is one of the reasons we believe SHIB is the best cryptocurrency to purchase in 2022. We also feel SHIBA tokens are one of the finest cryptocurrencies to purchase right now since they have performed well in the past. Moving ahead, we predict SHIB to mirror its previous gains and make its investors ridiculously wealthy.

Its exponential popularity and in-network development on the Shiba Inu ecosystem focused on growing SHIB's use cases while cutting its supply are some of the elements we think will assist drive value rises for the cryptocurrency.

If you purchase Shiba Inu cryptocurrencies now, the majority of the crypto market believes the meme coin price forecast will help you expand your portfolio by more than 4000% by the time the market rallies again, which is expected in 2025.

When Ripple first appeared, the majority of experts and investors believed it constituted the greatest danger to Bitcoin's supremacy. It was dubbed the "ultimate Bitcoin killer" by some. It was immediately adopted by financial institutions throughout the globe because it has the potential to replace and transform cross-border payments.

Ripple token values have risen by more than 6800% by the time they peaked in early 2018. The SEC then sued Ripple Labs and its directors in a US federal court, causing the price of XRP to plummet, XRP is now selling at a discount, more than 90% below its all-time high. This makes them one of the most undervalued cryptocurrencies, particularly considering that they are only trading at this level as a result of the pending SEC lawsuit.

We believe that Ripple is the greatest cryptocurrency to be bought in 2022 for speculative reasons as a growing number of analysts, fintech professionals and legal minds believe that the lawsuit will soon be resolved in Ripple's favour. But how high might the Ripple token price go up in the future? Well, crypto researchers are quite bullish about the future of XRP, predicting a gain of 5,000% to cross $15 before the end of the decade.

Solana is the most rapidly expanding smart contract platform. Solana was created to replace Ethereum as the most popular smart contract platform. It has quickly onboarded all of the technology presents on Ethereum. From Defi rod Apps to NFTs to the metaverse, play-to-earn games to meme currencies, and even decentralized exchanges. These have enabled SOL tokens to maintain their upward trend and reach 130000% of their ICO price.

Moving ahead, the crypto asset shows no indications of slowing down, which is why it is one of the finest cryptocurrencies to purchase right now. Even amid a crypto market downturn, Solana is aggressively extending its ecosystem by onboarding new programs and protocols and developing its community.

Importantly, Solana has shown to be a long-term crypto project. We anticipate that Solana's investor interest in SOL coins will continue to grow in the future. We also anticipate that the number of users on the network will grow tremendously as the 350+ crypto projects launched here to become popular and attract millions of users.

When markets begin to rebound, we predict SOL to reclaim its 2021 highs and restart its climb, propelling it to new heights. All of this reinforces why you should add Solana to your shortlist of cryptocurrencies to purchase during the present slump.

Uniswap joins the list of the top cryptocurrencies to purchase in 2023 because it has performed well in the past and is anticipated to do so in the future. It, for example, has evolved to become not just the biggest and most popular decentralized exchange, but also the second most valuable DeFi platform, with more than $7 billion in total value locked in.

It has also risen from obscurity to enroll about four million users who have performed crypto deals worth more than $1 trillion. It has also shown its toughness by surviving some of the most dramatic market collapses and recovering quickly.

We also feel that Uniswap should be on everyone's list of the top cryptocurrencies to purchase right now due to its innovativeness and dynamic nature. This is shown by its consistent improvements, which range from Uniswap V1 to the present Uniswap V3. It also enters the list because it allows investors to earn double when they stake their UNI cryptocurrencies in several liquidity pools.

If you purchase UNI cryptocurrencies now, optimistic forecasts believe you will have increased your portfolio by 11000% by the end of the decade, when the ERC-20 token breaks over $550.

Metaverse cryptos are becoming a well-liked industry in 2022 for people wishing to diversify their holdings. Decentraland is one of the top metaverse tokens to buy from this industry.

In the virtual real estate game Decentraland, players may purchase, sell, plot property, and have a chance to win in-game incentives. The platform's currency, called MANA, is used to speed up transactions and compensate users.

Questions and Answers on the Best Altcoins:

What Altcoins are recommended for purchase in 2023?

We have covered the top seven cryptocurrencies to purchase in 2023 in this article. They all show an overall favorable momentum and have the best probability of shortly exploding and surging to new highs.

What altcoin will become viral in 2023?

Whose currency will explode in the next months is impossible to predict with absolute certainty. However, after a comprehensive technical and fundamental examination of various crypto assets, we have identified the top 7 cryptocurrencies with the most potential for recovery and explosive growth over the next few months.

Where can I purchase altcoins right now?

We advise purchasing cryptocurrencies on the very reliable and liquid eToro, Coinbase, or Binance exchanges.

Which cryptocurrency has the most potential?

Ethereum is the cryptocurrency we believe to be the most promising from the list above. Over the next ten years, it has the best possibility of rapidly expanding both its ecosystem and token values.

Warning!Avoid any 'under the table' transactions, no matter how simple or profitable they seem, since you may lose money or violate relevant laws in your country!

This is another fraud that has existed since the beginning of the Internet and has now been adapted to crypto.

Cookie Consent
We serve cookies on this site to analyze traffic, remember your preferences, and optimize your experience.
More Details
Oops!
It seems there is something wrong with your internet connection. Please connect to the internet and start browsing again.
AdBlock Detected!
We have detected that you are using adblocking plugin in your browser.
The revenue we earn by the advertisements is used to manage this website, we request you to whitelist our website in your adblocking plugin.
Site is Blocked
Sorry! This site is not available in your country.